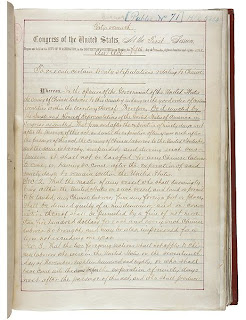 During the mid 1800’s there was a massive addition of Chinese immigrants who wanted to form a better life outside of China. California was a popular destination which was also known as “Golden Mountain” to the Chinese for its rich abundance and many economic opportunities. This was a time when America was still building itself as a nation in which the gold rush period and the building of the Railway system were in its initial stages. Gold was abundant and easily gathered as the whites and the Chinese worked collectively. However, as gold inventory diminished becoming scarcer the anti-Chinese sentiment grew. Out of fear, the whites Americans believe the yellow peril was taking over America. Yellow peril is the belief that the Asians were invading America taking over the limited amount of jobs away from them. The Chinese were essentialized to this category which became the catalyst for anti-Chinese sentiment. The whites believed that the Chinese were taking away their jobs as well as creating too much competition for the gold. Tensions and animosity grew against the Chinese which forced the U.S. to enact the Chinese exclusion Act in 1882 which according to the Shirley Lim article, was the first act in American history to bar a group by specific name. This act was signed into law by President Chester A. Arthur with the intention of only lasting 10 years. However, in reality the law had lasted 61 years when it was repealed by the Magnusson act in 1943. The Chinese exclusion act excluded Chinese immigrants except for merchants, students, teachers, and travelers from immigrating into the United States without proper documentation. This act also affected those who were already residing in the U.S. by preventing them from become naturalized citizens because they had to obtain special certificates that identified them as permanent aliens ineligible for citizenship. The Chinese exclusion act thwarted Chinese immigrants from coming to America because of the laborious and fail prone process of attempting to become U.S. citizens. 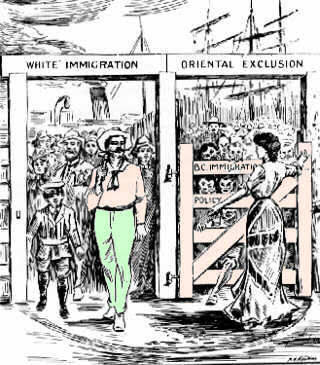 The Chinese exclusion act made the assimilation of the Chinese into America difficult and at times impossible. The act was influenced by the common stereotypes of Chinese as being "primitive" and "decadent" according to Lim. Because of these stereotypes and atrocious notions of the Chinese, through court transcriptions and the amount of legislative hearings invoking this stereotype reflected the production of Anti-Asian legislatures. Anti-Chinese sentiment along with an outgrowth for the competition for jobs created the popular belief of open discrimination and institutionalized racism throughout America. Since the Chinese were seen as forever foreign this led to their alienation and were displaced socially which had an emotional and social influence on them. The Chinese were marginalized outside of the socio-realm of white America. This marginalization created psychological affects that made them ostensibly outcaste to outer boundaries of society. On the social level the Chinese were seen as foreigners here to take away the jobs of the working white man which raised tensions between the two groups. The Chinese were denied social rights such as the right to vote and were pressured to live in creped conditions within Chinatown. Chinatown then became the social space for bawdy, unkempt, and dangerous activity which was always essentialized to the Chinese. As the animosity grew towards the Chinese the feeling of lost identity became apparent as they found themselves to be in a country which at first was a land of opportunities that later grew into a land of segregation. 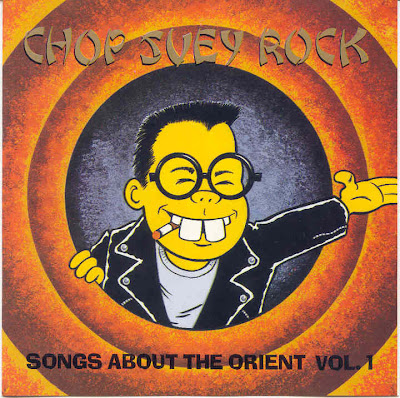