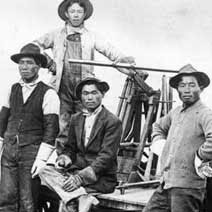 In 1907, the Gentlemen’s agreement between the United States and Japan was enacted. In this agreement, Japan would no longer issue passports to Japanese emigrants and the United States would allow immigration for only the wives, children and parents of current Japanese whom already reside in the United States. What initiated this act was the fact that the San Francisco school board approved separate schools for the Japanese students. This separation of Japanese students from American students enraged Japan, and in an attempt to alleviate this problem, Japan promised to minimize the number of emigrants in order to change their image of overpopulating America. The proponents of the act were Californian natavists who feared the Asian invasion of the Japanese and wanted to stem their immigration by targeting their citizenship status as an attempt to minimize their occupancy. However, the Gentlemen’s Agreement did just the opposite as it actually helped grow the Japanese population because the act opened the door to picture brides which promoted family formation. 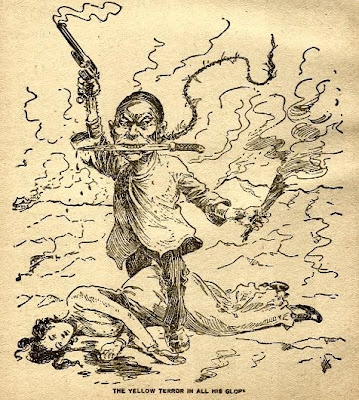 America’s gaze of the Japanese was that of a foreign oriental country gaining power as a nation. During this time, Japan had defeated the Russians in the Sino-Russo Japanese war which made Japan the first Asian country to defeat a European country. This militaristic success changed the outlook America had on the Japanese as a mediocre, primitive country transitioning into a developing nation. Japan was adopting westernized ideas and customs and integrated them into their culture. With all of these traits combined, America viewed the Japanese as an up-and-coming powerhouse nation, one that needs to be impeded in order for America to keep its dominance. Also, Americans started to fear the Yellow Peril. The Yellow Peril is the fear that Japan will expand into America taking over and implementing their dominance through culture and occupations. Yellow Peril had spread through the minds of people through racial discourse using the media and newspapers targeting American natavists and hardcore nationalist especially those in the working class. People participating in the discourse ignorantly internalized what they heard and essentialized all Japanese immigrants to the unfounded stereotypes of forever foreigner, nefarious and primitive (Shirley Lim). This hegemonic idea became popularized and influenced the mindset of the Americans to patronize the Asians and therefore creating animosity as well as social marginalization of the Japanese leading up to institutionalized racism.
Posted by justin lim