The Philippine American war was considered by some as America’s first “true” colonial war as a world power, and it’s first imperialistic conflict. The war succeeded the Spanish American war, in which the Americans defeated Spain and purchased the Philippines from them (along with Puerto Rico and several other islands). The Filipinos had already been fighting a bloody revolution against Spain to begin with, and the Americans came along with imperialistic intentions. The Filipinos, indeed, had no intention of becoming a colony of yet another imperialist power. 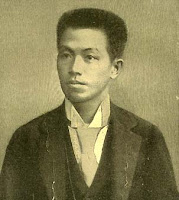 In 1898, Emilio Aguinaldo (left), with the help of General Meritt from the United States, led Filipino revolutionary forces in the Battle of Manila (not to be confused with the Battle of Manila Bay, in which Commodore George Dewey led U.S. forces to a dominating victory over Spain, in the opening battle of the Spanish-American War). The war resulted in surrender of the Spanish army, and Aguinaldo had intentionally been left out of the negotiations. Tensions rose between Filipino and American forces because the Filipinos had looked at the Americans as liberators against the Spanish imperialists. But it turned out that the United States simply wanted the Philippine islands as their own colony. On June 2, 1899, war was officially declared between the Philippines and the United States. The United States troop strength averaged about 40,000 men and peaked at about 74,000 at one point of the war. There were a total of 126,468 U.S. men that served in this war. In comparison, the Philippine forces included about 80,000-100,000 total Filipino men, with very limited weapons and ammunition. 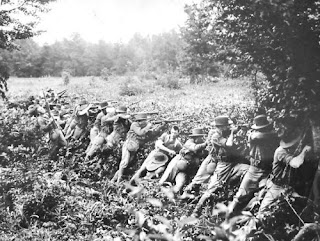 Especially compared to the United States. Above is an image of the U.S. marine battling against the Filipinos. So, the Filipinos were pretty much getting owned in the war, up until 1900—when the Filipino war strategy was shifted to guerilla warfare. Where the Filipinos began to control most of the battles with their expertise of their native geography. This strategy was used to ultimately fight the Americans to a stalemate and force them to withdraw from the war. In fact, the Filipinos dominated so much, that President McKinley actually considered withdrawing at the beginning of the guerilla warfare stage. As the war continued, however, this only encouraged the American soldiers to act more ruthlessly than ever.

General Jacob H. Smith ordered "kill anyone over the age of ten" during the war. 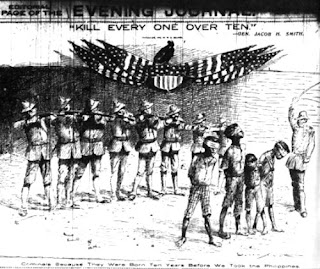 During the official war years, 4,196 Americans died from either combat or disease. There was an estimated 20,000 Philippine military deaths, and between 250,000 and 1,000,000 civilians. This includes people killed by war, malnutrition, and cholera.

Enough about the war itself--the aftermath has strongly affected Filipino culture (in a way that I'm not sure is good or bad). Being an American colony, the Philippines was then "modernized" to United States standards. Because Filipinos were considered "savage children" compared to the Americans, the American's had to fulfil their duty of "cleaning" the Filipinos. The Filipinos were basically forced to assimilate into American culture. I guess that, eventually, this helped the Philippines gain independence (almost 50 years later). This reminds me of when I went to the Philippines when I was six. It was really easy for me to communicate to everyone there because everyone spoke English. And I think that's now part of Filipino culture, because every Filipino I know knows how to speak English (for the most part). I think that is an important part of a nation's culture, because it is the way in which they communicate. Filipinos are also seen as closely related to Spanish culture, because they were once ruled by them. Many words in tagalog are similar/exactly the same in Spanish, like "sombrero." However, Filipino culture still maintained a lot of originality, for instance--their food. No food is more fatty or greasy than Filipino food.